On December 6, 2016 upon the return of the Legislature and newly-elected members, Sen. John Moorlach, R-Costa Mesa, authored Senate Resolution 8, introduced to simply welcome newly-elected President Donald Trump and acknowledge the historical peaceful transition of power. SR8 said the Senate “hopes for the peaceful transition of power in the United States, that the incoming presidency will be a success, and that the president-elect will take his responsibilities seriously to ensure a strong and unified America.”

SR8 was supposed to be presented and voted on at the beginning of the 2017 Senate Session, during the first week of the New Year. But this congenial resolution message was never given a chance.

Instead on December 6, Sen. President pro Tem Kevin de León, D-Los Angeles, presented and then had the Senate vote on his own Senate Resolution, SR 7, on the day that the Senate was sworn in.

Claiming to be “guided by principles of justice,” de León essentially ordered President-elect Trump to not deport illegal immigrants to their home countries, “under any circumstances” in SR 7. When pressed by a reporter, de León said he had not heard President Donald Trump’s actual statements regarding the deportation of only criminal illegal aliens. “I’m not sure I heard it that way,” de Leon said. “I based it (SR7) on the 60 minutes interview, and 3 million ‘criminal immigrants.’”

Marxist Hypocrisy on Display In California

While riots, fights, violence, fires, and extensive property destruction broke out last week at University of California Berkeley over the scheduled appearance of Breitbart editor Milo Yiannopoulous, police were said to be hiding inside buildings and on balconies, demanding the rioters disperse.

Students there to attend Milo’s speech were attacked with rocks, pepper sprayed, and someone was beaten unconscious by the rioting thugs.

“When asked why police didn’t move in and stop the rioters, UC Berkeley spokesperson Dan Mogulof curiously said, ‘Police tactics are driven on a campus by need, the non-negotiable need to protect our students and ensure their well being,’” CBS SF Bay Area reported. “University officials said police decided to stay back to prevent injuring innocent protesters and bystanders who could have been hurt if officers waded into the crowd.”

Several sources reported a stand-down order was issued to UC police, just as had been done at UC Davis three weeks earlier at another Milo event, which also turned violent. 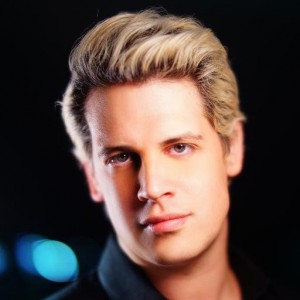 At both events, first hand reports of black buses filled with masked, black clad rioters arrived to engage in the fight. At Berkeley, reports of as many as 150 of the mysterious masked rioters were there, destroying property, beating and pepper-spraying Milo supporters.

Many have Tweeted and posted on Facebook the irony of UC Berkeley shutting down Milo’s speech, and in effect, shutting down free speech, in light of the 1960’s free speech movement at Berkeley.

This isn’t the first time Berkeley leftists have done this.

Upon hearing about the brutal and violent riots, President Donald Trump Tweeted:

“If U.C. Berkeley does not allow free speech and practices violence on innocent people with a different point of view – NO FEDERAL FUNDS?”

Berkeley Mayor Jesse Arreguin Tweeted his own message prior to the event:

“Using speech to silence and promote bigotry is unacceptable. Hate speech isn’t welcome in our community,” he tweeted.

As the riots broke out, Arreguin sent out a CYA Tweet:

“Violence and destruction is not the answer.”

Then this idiot Mayor threw the Berkeley Police Department under the bus:

“Police strategy was ordered by the department, not me. They did an excellent job in preventing further risk to safety. (4/5)”

Thomas Lifson at The American Thinker pointed out, “But the officers on the line were guided by policy of the department, and there was ample time for the mayor to review the threat posed by enemies of free speech and discuss the use of force by the cops.  The last time the BPD used tear gas on rioters in downtown Berkeley, they came in for criticism from then-mayor Tom Bates, a man who used to vacation in East Germany before the wall came down.  His successor, Mayor Arreguin, is widely considered to be well to his left.”

Hypocrisy, Thy Name is Democrat

“Cal Berkeley is not Trump University,” de León said twice. “It’s unprecedented. It’s quite extraordinary that from the White House they would threaten on of our own institutions. And this is somewhat rich coming from someone on record who encouraged supporters to assault others who disagreed with him.”

“This is not America,” de León added.

There is plenty of irony to go around with Sen. de León. In 2014 during debate over de León’s “Yes Means Yes” bill SB 967, the legislature threatened to withhold money from the state’s colleges and universities if they didn’t adopt policies concerning sexual assault, domestic violence, dating violence, and stalking.

Last year, Sen. Ricardo Lara, D-Los Angeles, authored SB 1146, which threatened to eliminate the religious liberty of all California faith-based universities unless they complied with special LGBT laws. Lara’s bill required religious colleges and universities that receive state financial assistance or that enroll students who receive CalGrants, to comply with the anti-discrimination laws that apply to state-related programs, despite the affront to faith-based education. Lara, an openly gay activist, claims religious universities practice discrimination against LGBTQQIP2SAA. Fortunately, the outcry over SB 1146 was so vast, Lara amended the bill to exclude provisions that threaten religious freedoms to keep Cal Grant students from choosing Christian schools. This bad bill was signed into law by Gov. Jerry Brown in September. 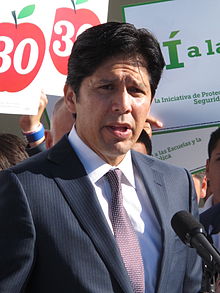 Moorlach’s SR8 received numerous hostile amendments from de León, which had nothing to do with the peaceful transition of power. Hostile Amendments are proposed by another Member in Committee or on the Floor that are not supported by the bill’s author. Here are just two of de Leon’s suggestions to Moorlach’s SR8:

Back in the Senate Thursday, Sen. Moorlack, frustrated with the hypocrisy (my words) of Senate President de León last week over the Berkeley riots, hit back:

“What has been an amazing month here in the Senate. It’s been very unique and very historic. But most of us are tired of the rancor – it’s been on both sides,” Moorlach said. “To respond to it I have SR8. I want to welcome the new President and request for a peaceful transition, and I get hostile amendments. We’re just trying to do a nice gesture. I appreciate the comments about bullying, but it’s happening right now in this chamber. So I think we might lead by example, because we are falling short.”

Sen. Moorlach’s comments reflect his desire to govern, while de León and Democrats continue to behave like Brownshirt activists. Is this a precursor of what is ahead with the Democrat Supermajority?

I was unable to link to official legislative SR8 or SR7 Sunday evening when this post published, and had to link to other sources.